Snoring is the sound produced by the obstructed breathing that causes vibration of respiratory structures while sleeping. Sometimes, the sound produced might result in a soft noise, which would not normally arise any issues. However, in most cases, the snoring produced can be loud and unpleasant.

Snoring may be benign at times, but it could also represent a serious medical condition called “Obstructive Sleep Apnea” (OSA).

Large structures in the throat can add to the snoring when the muscles relax during sleep and partially obstruct air flow. As air passes through these obstructions, the throat structures vibrate causing the sound we know as snoring. Some of the causes could be excess fat in the neck area, large tonsils, a long soft palate and uvula and more. All of these conditions contribute to soft tissue narrowing. 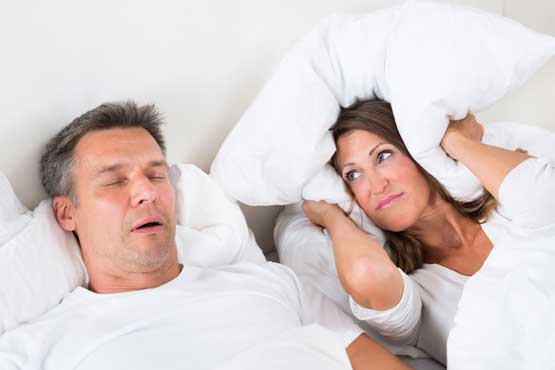 In general, there are more medical conditions that could be causing you to snore. Here is a list of the most relevant ones:

Unfortunately, the lack of breathing may cause a decrease in air flow to the lungs since there is a blockage of air by the structures in the back of the throat. Additionally, this issue will usually escalate and become more destructive since it causes a lack of oxygen to the brain.

Because a large portion of people suffer from this condition, a deep knowledge of it is recommended. Between 30% and 50% of all adults snore on a regular basis.

How do you Manage Snoring

A visit to your doctor is highly advised before starting treating this condition as there are many contributory factors to snoring. Here are some of the most common solutions:

Generally speaking, men tend to snore more than women (About 2:1 ratio). The probability of snoring increases over time and can be emphasized with weight increase. Another conditions that may worsen the entire situation are allergies, asthma, colds and/or sinus infections and more.

As advised previously, it is fundamental to identify the exact cause from the beginning to avoid making uninformed decisions that may involve negative repercussions. At SnoreInLa, Los Angeles Sleep Apnea Center, we offer a wide range of treatments and procedures to take care of this issue. Feel free to contact us at (323) 461-9353 for an appointment. Dr. Louie and his team is willing to assist you with your needs and wants.

Snoring that occurs when the airway is slightly borrowed but still open is referred to as simple, or primary, snoring. While not life-threatening, simple snoring is still worth treating since it can still disrupt your partner’s sleep.

Complete or near complete blockage of the airway during sleep that causes you to stop breathing and wake up multiple times a night is known as Sleep Apnea. This is a very serious disorder with potentially serious effects on a person’s health and quality of life.

Some of the health risks associated with snoring are:

Being exposed to this negative health conditions could be lethal. It is completely advisable to visit your doctor and discuss your personal condition in order to receive appropriate treatment. At Snore in LA, Dr. Louie is an expert in this field with many years of experience. Contact us today to schedule a consultation and start your journey to an improved life.